Hemp is considered as one of the oldest crops known to human kind, generally used for the manufacture of ropes in the olden days. Currently, hemp is trying to make a comeback of sorts by supplying growing markets in masonry, fibreglass replacements, and textiles. However, the growing and production of hemp in Australia is currently under strict control, and legalising food made from hemp seeds could be the key to boost the country’s hemp industry.

New South Wales used to grow tobacco, but farmers have now shifted to industrial hemp after the tobacco industry folded. Farmers such as Leon Minos are under license for the past six years to grow hemp for the growing industry of masonry, and he is impressed at how diverse hemp can be. He states that compared to other crops, hemp has low cost benefits, is less time-consuming, and low maintenance – requires less water, and no fertilizers, herbicides or funguscides, and just generally needs sunshine and rain. The returns of the crop are also not bad at $1,500 per ton once the raw material is separated. Aside from using hemp for several industries, the Australian Masonry Hemp Company has also developed an award winning formula for converting hemp into a carbon sequestering building material. This formula makes the country ready for a low carbon future, and hence sees hemp as one of the most powerful tools for addressing carbon emissions.

Perhaps one of the most important developments in the hemp industry is the development of a decortication machine, as one of the problems of the industry is that the separation of hemp fibres can be an expensive process and is burdened by archaic technology. This is basically due to the fact that one cannot use hemp until the fibres have been separated from the herd or the wood in the middle. The decortication machine is the solution for this – as it can recover about 90% of the fibre. Another advantage of this machine is that it can be used with present cotton technology and thus, can revolutionise textile production around the world. 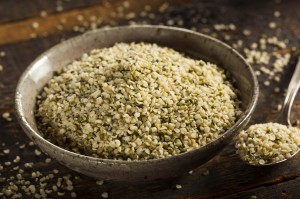 However, all this depends on the legalisation of hemp in Australia. The country should follow the example of other countries such as Britain, Canada, and the United States and legalise hemp seed food. Currently, hemp seed foods is being considered by a Ministerial council in Australia, exactly a decade after the a similar rejection was rejected. A problem with this is that the Howard government is concerned that the legalisation of hemp will send mixed signals regarding drug abuse, and it would be difficult for law enforcement agencies to police. Police agencies across Australia are objecting that hemp food could corrupt roadside drug testing, and the government states that it might also encourage cannabis consumption. All this in spite of Australia and New Zealand’s Food Standard’s advice that there are no health or safety issues in hemp products. Aside from the Food Standard’s advice, these same arguments are also getting no traction in other parts of the world, where hemp markets are already expanding ten-fold.

A licensed hemp farmer in New South Wales states that there is no THC in hemp and that international trade laws plus the nutritional benefits will eventually open the hemp food market in Australia. Other farmers sees the huge potential of hemp once the government legalises its production, but admits that until this time, they cannot do anything about it. A large soybean farm owner sees the potential of hemp as a commercial crop, and says that they can use their current soy equipment for it. Another potential is to use hemp as fodder for stock.

Currently, hemp farmers are strictly monitored and crops are tested regularly to ensure low THC levels; but growers state that there is an imbalance between compliance, regulation, and technical adviser support. The New South Wales government says that it is planning a roundtable meeting with the hemp industry major players to formulate a strategic plan – which may be the kind of support needed to create a local thriving industry similar to the successful tobacco era.